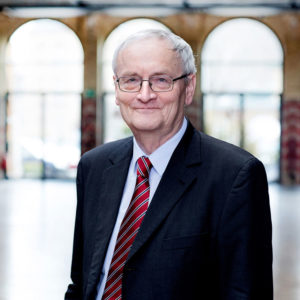 A distinguished public servant, Dr. Hanning, is the former head of the German intelligence service, the BND (1998-2005), which he first joined in 1981. He was then State Secretary at the German Federal Ministry of the Interior (until 2009).

Dr. Hanning graduated in law from Munster University with a subsequent master’s from Freiburg University; before undertaking a judicial clerkship and then becoming a doctor of jurisprudence from Munster University. After a number of roles in government he joined the BND in 1981. He was invested into the Order of Honour for the Republic of Austria in 2003. He is an Advisory Board Member of UANI (United Against A Nuclear Iran) and the Counter-Extremism Project. He remains a German attorney in good standing.